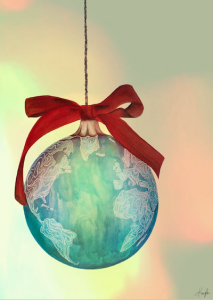 We liked this card (designed by fellow TWR MOTION missionary Kayla) so much we mailed and emailed it to everyone we could. Here’s an archived version of this great reminder of the Christmas season. 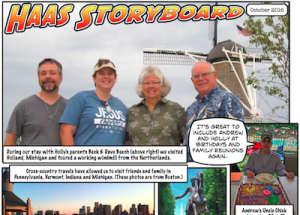 We’re celebrating slow progress toward our support goal and, in a few weeks, Andrew’s first official assignment on his new job. Holly’s health remains stable even on fewer meds. Read all about it in our latest comic strip adventure.

If God says to wait for an answer to prayer, it’s reminds me to focus on the giver and not his good gifts.

Once we finish raising support and report to the Visual Media team in NC, Andrew will be available to collaborate on this groundbreaking project full-time. TWR is working with a OneStory partner organization to visually present a set of Bible stories to an unreached people group in North Africa.

The Good News of Jesus is being declared in new ways that deserve promotion.

In October 2015, Andrew and Holly provided casting and location scouting in South Africa to promote the TWR360 app. By filming this scene about “Nigerian soldiers” near Johannesburg instead of Lagos, TWR saved thousands of dollars and avoided great risks.

Fellowship Greenville (FG) produced this video to show earlier this month at a missionary reception. Holly graduated high school from Southside Christian Academy (the school started by FG) and, after she finished college, this church commissioned Holly as a missionary and have supported her faithfully ever since. 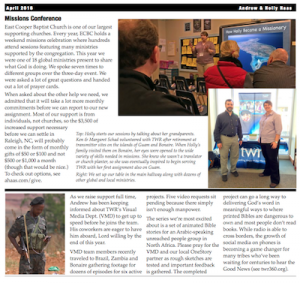 While the Visual Media Department is busy around the world, we’re actively raising support at meetings, missions conferences and other speaking engagements in South Carolina and Georgia.

In January we visited the TWR offices in Cary, North Carolina where we’ll be based after enough additional monthly support is raised. To spread the word about who we are to new friends and churches (and inform all current ministry partners about the new role) our Visual Media Dept. coworkers interviewed us. After adding photos we gave them of our nine years together in Africa they created this great video. 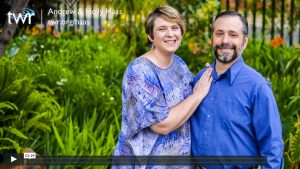 You can watch it now on Vimeo and (even download it to view offline.) Please let us know what you think below!

We landed in the USA December 10 and got off to a great start of readjusting to the USA with family over the holidays. This letter gives a brief outline of our schedule for February, March and April as we start visiting as many friends and churches as possible! 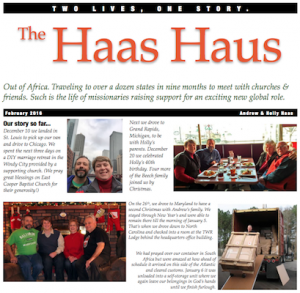 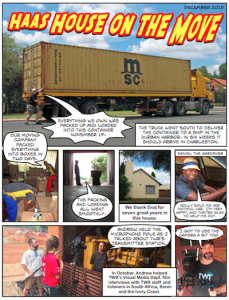 With some emotion and deep sighs, we bid Africa farewell and give thanks to God for the time he chose for us to serve here. We hope you enjoy this last letter from Joburg.

“The end of a thing is better than its beginning.” Ecclesiastes 7:8