In 1997 we both separately began the adventure of missions. Our joint passion is to fulfill Christ’s command to “go into all the whole world and make disciples of all nations” by using the technical skills with which we’ve been blessed. Neither of us speaks a language other than English but God is able to use many different talents in His harvest field. 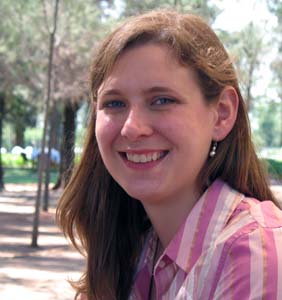 Holly Beech was born in Grand Rapids, Michigan in 1975. When she was 10 her family moved to Greenville, South Carolina. She went to high school at Southside Christian School. During high school she was involved in the Bible quiz leagues at church and school as well as basketball and softball. 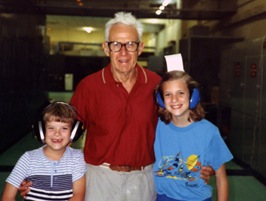 Holly first felt called and became interested in missions while visiting her grandparents (who went into radio missionary work after retirement).

She studied Bible and radio communications at the Moody Bible Institute. An internship was required for graduation, so Holly became a summer worker with TWR on the island of Guam. 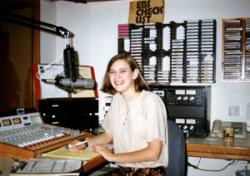 After graduation from Moody she returned to Guam as a short-term missionary. Holly did a variety of jobs with the radio station on Guam including on-air presentation, co-hosting programs, music director, chief operator and studio technician. During the transition of handing the station over to be locally run and operated, Holly gained skills that allowed her to effectively train cross-culturally. In 2001, Holly became a career missionary with TWR (then known as Trans World Radio), and took a six month assignment to train TWR radio personnel throughout Africa. That led to a permanent move to South Africa in 2002. For many years she was Staff Development Coordinator for TWR Africa. In 2011, Holly stepped down from a full-time active role due to major health issues. She volunteered from time to time at the Africa Regional Office (ARO) in areas such as maintenance. In early 2015, Holly saw her ministry changing to focus on teaching a women’s small group, disciple/mentor women and involvement in the Inner City Ministry of Kempton Park.

Her parents live in the Grand Rapids area while her younger brother, Danny, is a Pastor at East Cooper Baptist Church in Charleston, SC.

TWR is the world’s most far-reaching Christian radio network. Programs in 230 languages and dialects are aired from more than 2,000 outlets around the world, including 14 international broadcasting locations, as well as local medium wave (AM), shortwave, long wave and FM radio stations, direct-to-listener satellite broadcasts and cable audio systems. Every day, radio broadcasts reach millions in more than 160 countries. Online distribution is primarily handled via TWR360, sharing text, audio and video content to web browsers, mobile devices and social media. TWR has offices, studios, broadcasting facilities or partner organizations in more than 70 countries. 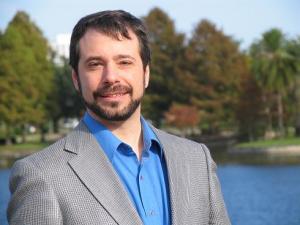 Andrew was born in Baltimore, Maryland in 1971 and grew up in Ferndale, part of the Glen Burnie southern suburbs. Growing up he attended church and school at Calvary Chapel in Severn. For over 30 years, his mother taught at Calvary Chapel Christian Academy until it closed, then Lake Shore Christian Academy until that school also had run it’s course. Andrew’s father was also a teacher. His last job was Catholic Charities’ remedial English program for welfare mothers. Andrew has one younger sister who has made him an uncle with two adorable kids. From 1989-93 Andrew studied film and telecommunications at Oral Roberts University in Tulsa, Oklahoma.

In January, 1997 Andrew joined the staff of Campus Crusade for Christ and began raising financial support to work with The JESUS Film Project. JESUS products are distributed on film, video, DVD, cassette, radio and Internet. The film has been projected onto sheets hung from the wings of jungle aircraft and equipment for showings has been carried up steep mountainsides. For many of the people who view the film it is the first time they have ever seen a film in their own language. It is also often the first time they have ever heard of Jesus Christ. The film JESUS has helped plant three-quarters of a million churches in the past decade.

In 1998 Andrew reported to the JESUS Film Master Studio in Orlando, Florida and began the privilege of serving alongside a select few who have been able to help millions hear for the first time the good news that God loves them. His job was Recording Technician. For the next three years he traveled to over thirty countries where a script was ready to record with 15-20 native voice actors acting each part of the film JESUS, The Story of JESUS audio/radio drama, and/or The Story of JESUS for Children video. Since JESUS was released in 1979 it has been dubbed into over 1,000 languages making it the most translated film in history.

After three solid years of travel Andrew was grateful to trade the constant change of international travel, jet lag, etc. with a more stable assignment in Orlando. In 2001 a new team was formed to help take everything the ministry had learned and apply it to new projects and smarter ways of working. The team called themselves R&D (Research & Development) and looked ten years or more into the future to help prepare for opportunities and respond to emerging change. Andrew helped in the redesign of the tour of the JESUS Film Master Studios in Orlando. Now visitors learn better the difference their partnership means. R&D guided the creation of several new products and customized versions of JESUS films to better serve the field.

Most exciting of all, R&D did groundbreaking work to form the Oral Bible Network working with other missions organizations to reach non-literate people groups by applying an understanding of orality to outreach. This regular gathering of missions workers and leaders sharing the importance and methods of using orality was eventually renamed the International Orality Network or ION for short.

In 2003 the oral Bible project became the basis for a new ministry. Over a dozen staff left the JESUS Film and Epic Partners was born. At the end of 2005 Epic changed it’s name to OneStory and began a new chapter.

Campus Crusade for Christ’s “Oral Bible” team got a special present for their third birthday in August 2006… a name. Now the StoryRunners brand is used for projects (like humanitarian aid, women’s outreach, HIV/AIDS) that reach far beyond the OneStory partnership. StoryRunners is the orality-based unreached people group ministry of Campus Crusade for Christ. In addition to being a founder of OneStory, StoryRunners is largely responsible for the foundation of ION and remains a leader in oral strategies.

StoryRunners gave permission for Andrew to move to Johannesburg in July, 2007 to work with their team remotely while pursuing marriage to Holly Beech. Things changed quickly over the next nine months and it became apparent that although Andrew wanted to bring Holly back to Orlando to work with StoryRunners, God was leading them both to stay in South Africa and work for TWR. They married February 10, 2008 and Andrew officially joined TWR April 1, 2009. Still an affiliate volunteer with Cru, he spent the next eight years working for TWR based in the ARO developing radio series and communications.

When Andrew & Holly heard God clearly call them out of Africa they began looking for their next place of service. In late 2015, Andrew accepted a position as a videographer with TWR MOTION, based out of TWR’s headquarters in North Carolina and they moved to the USA in December of that year.

2 thoughts on “About Us”